The DSWA GB can also award a certificate of merit under the scheme for smaller projects that are not considered large enough to be put forward for a full award but are nevertheless note worthy and deserve recognition.

Since the schemes launch in 1994 only nine full awards have been made, two of which have been presented to Andrew. In 2007 Andrew was presented with a full award for The One World Garden in Highlands Park Chelsmford and again in 2013 he received a full award for the stonework in a private garden near Ambleside in his home county of Cumbria.

Further to these full awards Andrew has been presented with four awards of merit for his work ranging from historic restorations to sculptural amenity seating.

In 2004 Andrew was also awarded a certificate of involvement under the scheme in recognition of his contribution as part of the team who worked on the Andy Goldsworthy Sheepfolds Project. 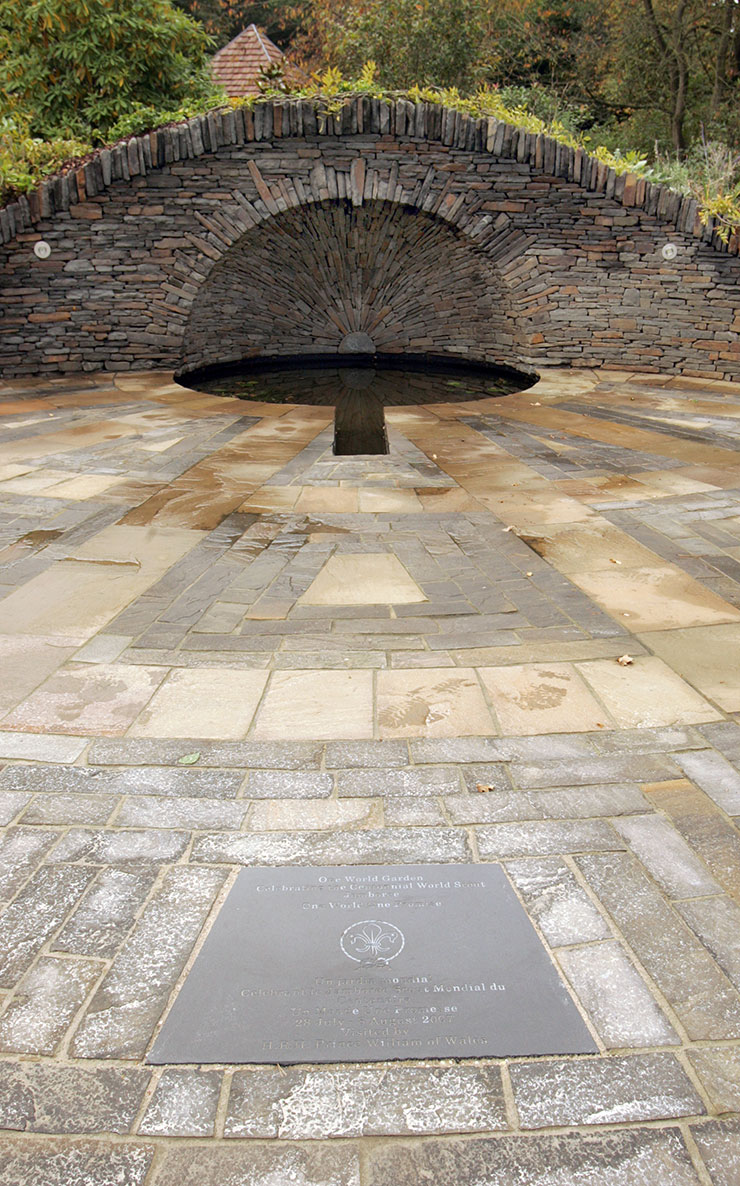 This commemorative garden was constructed in 2008 by Chelmsford Council to mark the centenary of the Scouting movement. Andrew put together and led a small team of wallers that worked on the extensive stonework elements contained within the garden. These elements included a large sunken dell and an impressive half domed niche over a circular pool. This project was also presented with an award at the annual Horticulture Weekly Awards in 2008 in the Public Amenity category, the judges comments were that ” The stonework elements of this project were outstanding.” 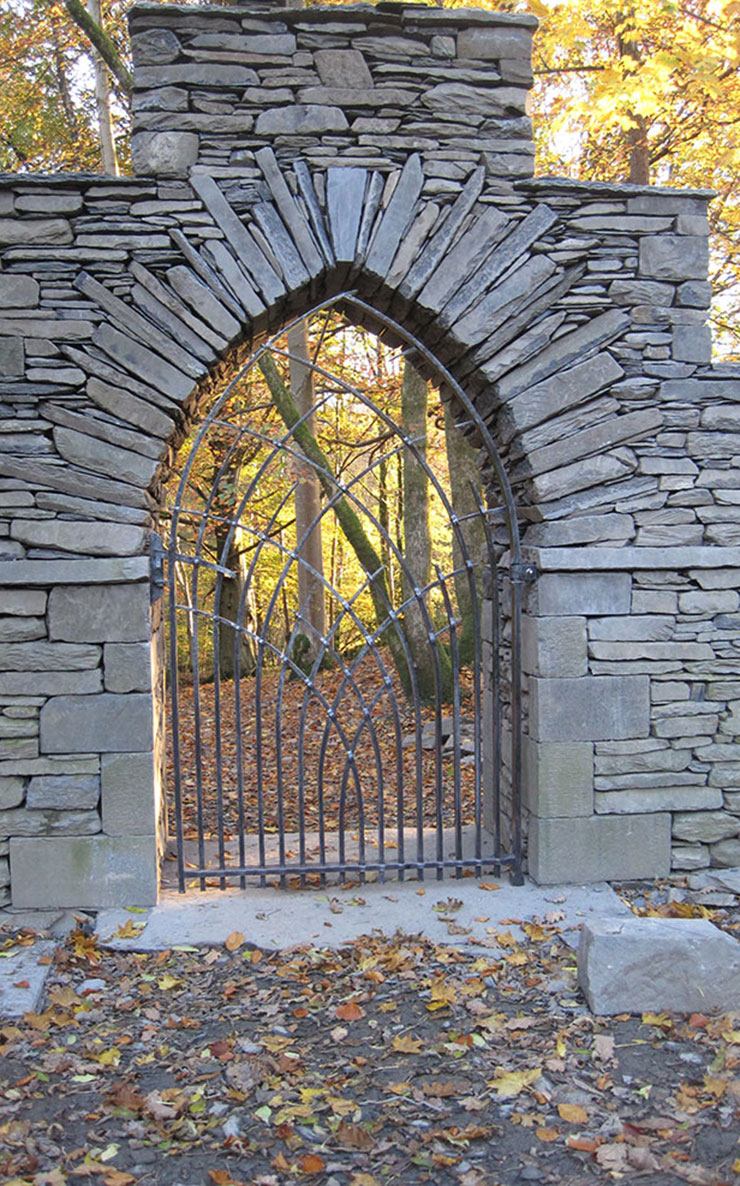 This project consists of numerous garden features and extensive boundary walls at a private residence in Cumbria. These features include archways, flights of steps and numerous circular pillars, there is also a large walled and sunken garden. Andrew worked in conjunction with Chris Brammall an artistic metalworker and blacksmith who designed a range of impressive railings and gates on the property. Started in 2011 the whole project took over two years to complete and utilised over one thousand tons of stone.

2003 Conservation and Consolidation of Greenburn Copper Mine, Coniston, Cumbria.

This project undertaken for the National Trust consisted of the sympathetic repair of many of the buildings and workings of an old copper mine in Cumbria. The site was of historical importance and the work was overseen by The National Trust’s regional archeologist. The most challenging aspect of the project was to restore a large wheel pit that had once housed the mine’s water wheel.

Helm Lodge is a private residence in Cumbria where Andrew designed and built all the gardens and out door spaces. The formal gardens include large flights of steps, complex retaining walls, seating areas and terraces. There are also a number of water features and intricate feature stone panels included in the design.

Monk Coniston is a large country estate on the shores of Coniston Water in the English Lake District once owned by the children’s author Beatrix Potter. In 2007 the National Trust, who now manage the site, secured national lottery funding to restore the extensive walled gardens that once served the estate. The restoration works included repairs and rebuilding the huge garden walls some of which reached over three metres high.

The trustees of Walkden Gardens commissioned Andrew to design a seating scheme utilising some stone already available on the site. The resulting scheme consists of a long serpentine wall winding its way across the park incorporating green oak benches into its curves. The local sandstone used consisted of reclaimed paving and kerb stones from a local cemetery.

When the internationally renowned artist Andy Goldsworthy was commissioned to develop the Cumbria Sheep Folds Project he relied upon a team of skilled wallers led by Steve Allen to build the dry stone sheep folds and sculptures that the project consisted of. Andrew was fortunate enough to have been part of this team and worked on several of the sites.